What is sustainability? – Let me start by saying what sustainability is not. It is not endless consumerism based on the pharmaceutical industry, plastic bags, traffic jams, war, clearcuts, chemicals, genetically modified food, rising sea levels, sweatshops, shopping malls, the homeless, power, oppression and the decimation of the natural world.

What Is Sustainability? – Sustainable Definition

All of these byproducts of the consumer lifestyle are predicated on the natural world supplying resources. Capitalism goes shopping in the cavernous belly of Mother Earth, seemingly blind to the fact that the store is running out. It then processes products through poorly paid, nimble fingers, and transports them across the planet to where they are momentarily owned before being tossed amongst all the other toxic waste that fills our rivers, lakes, air, bodies, and homes.

This is globalization on the move. Throw in an extra three billion people from China and India, sparkly-eyed with the market beckoning, and we will need four more planets by 2050. Four more polluted and decimated planets ravished with toxicity, famine, heat waves, refugees and war.

Given the severity of this scenario, it behooves us to take stock of solutions currently manifesting in different forms around the world.

Here in the West, the word ‘sustainability‘ runs rife, yet despite wide differences of opinion as to what constitutes sustainable outcomes, the institutional set of guiding principles that now dominates sustainability discourse evolved on the basis of the UN Brundtland Report from 1987, which put the global environmental calamity into perspective with the premise that we should meet the needs of the present without compromising the ability of future generations to meet their own needs.

Missed in this oft-quoted mantra is that these needs were, and still are, wholly couched in economic terms. As the report so bluntly states:

What is needed now is a new era of economic growth…growth that is forceful and at the same time socially and environmentally sustainable. – UN Brundtland Report 1987, p.14.

We can thank the Brundtland Report for setting a semantic precedent that links sustainability directly to the global marketplace. As a result, economics has become one of the pillars with which to define sustainable outcomes and thus has become firmly fixed in the set of three principles now providing the framework for all things sustainable: social equity, environmental protection, and economic vitality.

Often represented as a triangle, this ideological triad is also sometimes referred to as people, planet, profit. But it’s a triangle with a heavy weight attached. There is the cultural and moral necessity for social equity, meaning the freedom to make choices not contingent on power. And there is the natural necessity to protect the environment, the organism on which we host for food, clothing, shelter, and discourse. But how does the ideological necessity for capitalism fit with these counterparts?

A 2007 United Nations Climate-Change Report shows how the biological and physical life-systems of the planet have been irreversibly altered by “anthropogenic causes,” technological as much as industrial, and facilitated by globalization.

Given this situation, the best-outcome scenario focuses not on global trade but on local interchange, the protection of all currently intact environments, and policy that addresses equitable access by facilitating engagement between people and their surrounding landscapes, to consider the carrying capacity of bioregions rather than how much profit can be extracted from its resource base.

Only by questioning how we have become so disconnected from nature can we evolve to survive what the planet now manifests. This means making an everyday shout-out that is outraged by the fact that

These things are not natural disasters; they are manmade. We are killing the planet. And we are killing it with an economic and social system that drives everyone engaged in so-called civilization to the brink of denial.

Imagine a smoke-filled room. I push you into it. Breathe deeply now; you’re going to die. Do you go in willingly or do you fight back? Given this premise, I think you would fight back. So why aren’t we fighting back for a planet we are destroying? Why are we adding more fuel to the fire? Why are we pushing more people in? And why are people going in willingly? It makes the Holocaust read like a children’s story.

Some days I scare myself with the idea that people have forgotten the sense of a pristine or even pure environment. Sixty years ago, here in New Mexico, you could take a sip out of any mountain river or stream with the guarantee it was pure, a circumstance changed with the advent of the atomic age. Five hundred years ago you could sip just about any river or stream on the planet. And so was the story back through eternity.

Two hundred years ago, the engine of development was running full steam. Fifteen years ago, economic globalization sent the development of the world into warp speed. Today we live on a massively polluted earth, running out of resources. It didn’t take long for our habitual addiction to consumerism to cause the demise of the earthly host we call home.

It is obvious that what changed during this time was the introduction of a market system with an endpoint predicated upon destruction, not progress, and not civilization, but the destruction of nature for the production of goods.

Sustainability as it’s currently crafted feels like the ultimate coup d’état. It would be great if capitalism were already ‘green,’ because we would be one step further along the road of human evolution. But today we have reached a biological endpoint in our development and we need to evolve our consciousness as a human race; the stakes are now too high.

There’s no room left for compromise when the survival of the planet is counted in a few decades. How high do the stakes have to be before accountability spreads through all hearts and minds, and we start thinking outside of ourselves?

Today, 5,000 indigenous cultures reside in the last remaining sanctuaries of oil, metals, and water. With economic vitality holding the banner, even the greenest ‘greenism’ will not stop corporations going into these sanctuaries to exploit their resources.

Thinking and acting on global equity is key to our making necessary changes in the civilized world. It requires that we think beyond ourselves. If history were to critically link how the problems in our material world are intimately related to the decisions we make as social beings, then the history of Western Civilization would be written by those who suffer its effect.

It would be written by those silenced through fear and violence, by those whose lands have been taken from them, by those who live or lived in environments decimated by resource extraction, by the famine-stricken, the tortured, child laborers, servants, prostitutes, factory workers, migrants, and refugees.

Environmental protection is a critical component of saving what we have left so that future generations can meet their needs. We are running out of resources. Every concrete plant, every gravel driveway, every toaster oven, coffee machine, chair, book, hard drive, light bulb, electrical outlet, two-by-four, soda can and DVD has to come from somewhere.

We must acknowledge our culpability in how the production and consumption of these goods have detrimental effects on the environment and constitutes abuse against both ourselves and the natural world. Therefore, not including environmental protection in a sustainability shift is sheer madness.

What binds the two necessities of equity and environment together is global consciousness, not the market. The systematic pillage of resources relative to the voracious appetite of an ever-growing global consumer class will only become worse if we have to constantly seek economic vitality. This leads me to submit that global consciousness defined by our decision-making processes is actually the real third leg of the sustainability triad.

Global consciousness enables us to see effects right in our own backyards and therefore make decisions that instigate solutions with immediate results. It’s that local/global thing, granted, but it really is very important that we get it, because if we can’t see our own complicity in all the global destruction that’s going on when it’s right in our faces, we will never understand the consequences of our actions further afield.

We will never understand how that early-morning cup of coffee unites us with a farmer in Ecuador unless we map the route from there back to ourselves. We will never realize how our taxi ride from the airport connects with tree-root systems on the Indonesian coast unless we have an interconnected consciousness that links tailpipe emissions to rising sea levels.

Some features of global consciousness are already in place and run counter to dominant norms. Just by letting go of power and moving out of fear, we can change a lot about the way we relate not only to ourselves but with the natural environment. We’re talking about a necessary paradigm shift in order to address the long-term future of human survival.

This requires respect for differences of opinion as long as the environment is protected and everybody’s equal access to the benefits of that environment are met. It involves collective decision-making and most importantly, responsibility for the decisions that immediately impact our local communities and neighborhoods. It also involves sharing and an acknowledgment of differing viewpoints. Just like the ever-changing permanence of ecology, our human consciousness is a powerful tool to explore infinite possibilities. Too much to ask? With hope, we will be forced to do just that. 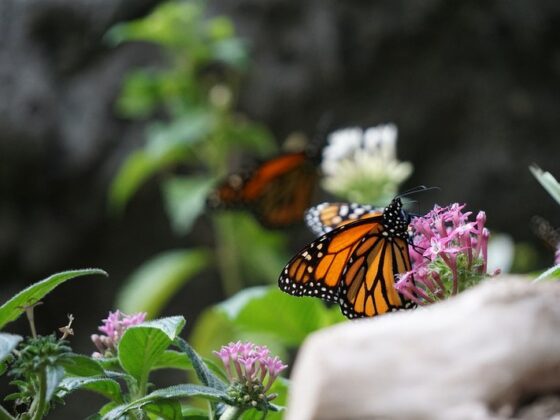 Backyard Biodiversity, How to Setup Your Own Nature Reserve 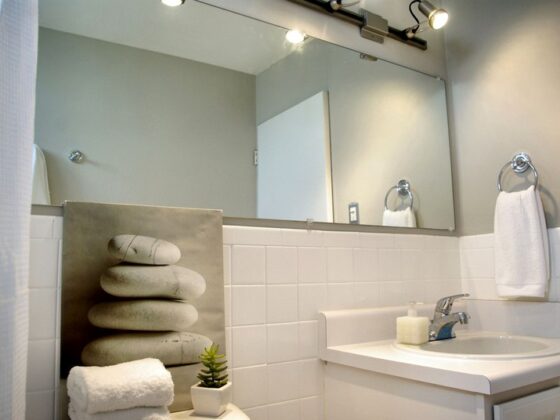 Greening Your Bathroom for Your Health and the Earth’s 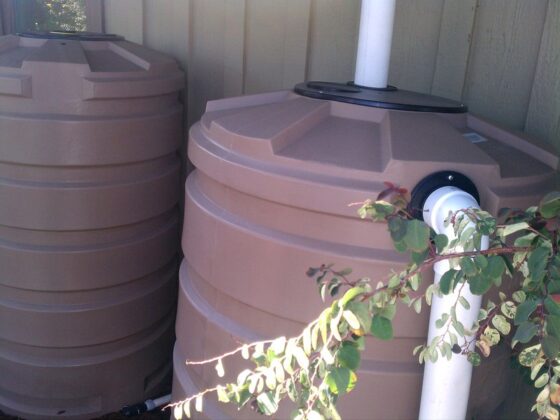 How to Choose and Use a Home Rainwater Catchment System 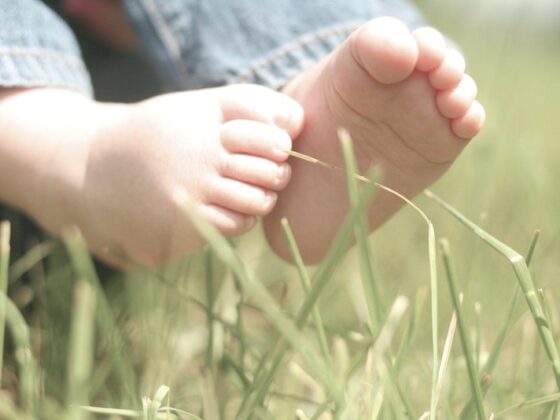 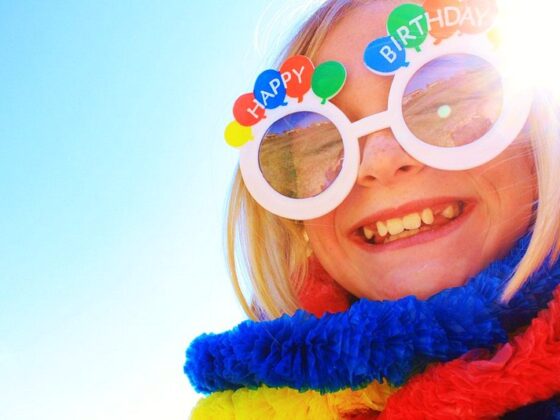 How to Throw a Green Birthday Party for Your Child 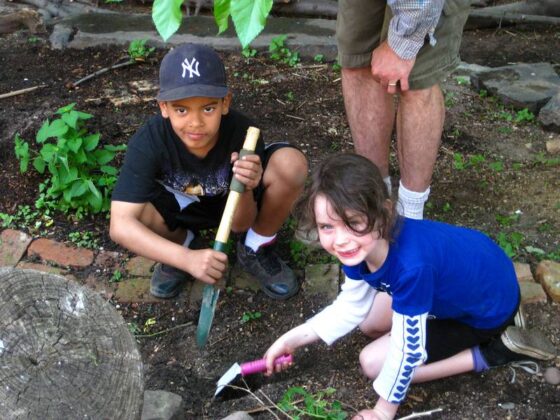 Teaching Kids About the Earth: Resources for Parents 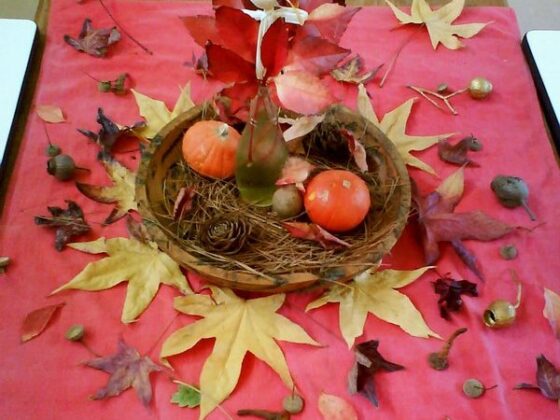