Why battle against the Earth to force it to produce products that naturally wouldn’t flourish? As a different approach, permaculture mimics natural ecosystems to maximize food production as well as create sustainable human settlements. Extending beyond farming practices, permaculture is a philosophy and set of ethics for how we can beneficially coexist with the environment.

The roots of permaculture trace back to Australian Bill Mollison, who grew up in a small village where self-sufficiency was a way of life. He worked as a scientist for the CSIRO Wildlife Survey Section and the Tasmanian Inland Fisheries Department, and later became active in protests against the destruction of the environment.

In 1974 while teaching at the University of Tasmania, Mollison—along with student David Holmgren—developed a system for sustainable agriculture they called “permaculture,” meaning both permanent agriculture and permanent culture.

Permaculture is a blend of environmentalism, philosophy, agriculture, ecology and ethics that involves designing human habitats that can produce food in a synergistic way with the area’s ecology. The living quarters and food-producing land are integrated in terms of energy, water, soil, plants, animals and microorganisms.

Each part of the system has multiple functions and intensive recycling results in one component’s waste benefiting another. For example, a chicken may be a source of eggs for food, but is also used to fertilize crops and control insects in the garden.

Most farming systems, even organic, can negatively impact the environment by depleting the soil of nutrients, removing topsoil or contributing to the threat of monoculture. In contrast, permaculture takes cues from the natural ecosystems, considers the relationships between components, and then blends traditional and modern technologies—resulting in a sustainable food-production network.

There is also a significant ethical component behind permaculture including protection and care of the planet, as well as for other people. Building of communities is just as important as environmentally friendly practices.

There is no set formula for developing permaculture systems since they must be custom designed for the location, culture and individuals. Permaculture can be used on large tracts of land as well as on apartment balconies; in fact, a goal is to enable the growing of food within cities.

Establishing a full-scale permaculture system takes planning and knowledge of the local ecology. Books and training courses are available to help, or components can be added slowly over time using trial and error to develop optimal results.

The main focus is replacing lawn and ornamental plantings with productive plants, while retaining an attractive landscape. This can include:

Working with nature instead of against it is the fundamental tenet of permaculture. Forcing the Earth to produce products not well suited for a location wastes both resources and labor. Instead, permaculture utilizes the natural balance of an ecosystem to create synergistic, sustainable human habitats. This is a way of living off the Earth without depleting it, so it can sustain future generations as well. 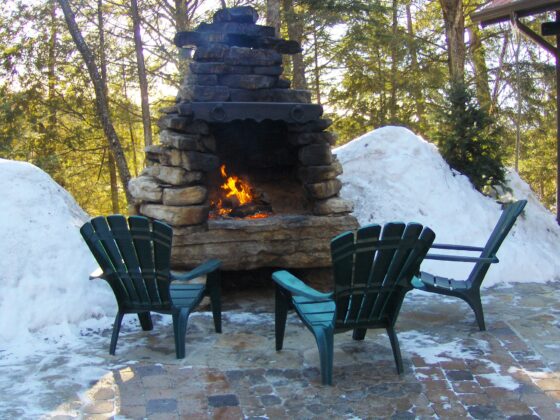